A Stroll Through Stone Street Gardens in Downtown Dallas

In the United Kingdom, they call it the ‘city centre.’

In Germany, they call it ‘das Zentrum.’

In the United States, we say ‘downtown.’

The term is thought to have originated from New York City in the 1830s. As urban growth moved north on Manhattan island, New Yorkers began to refer to the original southern end as ‘down’ and the newer areas as ‘up.’ Thus, ‘uptown’ and ‘downtown’ were born.

It wasn’t until the 1900s that ‘downtown’ was clearly established as a term for an American city’s central business district. The terminology was still unused elsewhere in the world. Writers of the time with European audiences still had to explain what ‘downtown’ meant to the French, English, Spanish, and German.

Back in the 1990s, the Texas real estate market crashed, leaving nearly 1/3 of the offices in downtown Dallas completely empty. Since then, downtown Dallas has been making a comeback.

In March 2017, Realtor.com ranked Downtown Dallas as #8 on the list of “Top 10 Downtowns That Are Making a Comeback.”

Over the last decade, Downtown Dallas’ residential base has grown to around 10,000 apartments, condos, and townhouses. The downtown area is transforming into a fun, vibrant place to live, work and play in an exciting urban environment.

One of the nicest places to spend time in downtown Dallas are the Stone Street Gardens, a red brick pedestrian alley running between Elm and Main Streets right in the center of the Main Street District.

It truly is a welcome escape from some of the more corporate areas downtown. With nice views of Thanksgiving Tower, the Pegasus atop the Magnolia Building, and the infinity pool at The Joule Hotel, the sights are enough to occupy your gaze for longer than you’d think.

Plus, there’s plenty of great restaurants serving up all types of delicious food like Mexican, modern American, seafood and classic Italian.

Here are some of the restaurants in and around the Stone Street Gardens.
• Café Strada
• The Woolworth
• Sol Irlandes
• The Stand
• Campisi’s Restaurant
• Iron Cactus
• CBD Provisions
• Dallas Fish Market
• Chop House Burger

The Stone Street Gardens offer more than tasty cuisine. If you aren’t hungry, relax in the shade at Pegasus Plaza or check out the art installations at The Joule Hotel, such as the mesmerizing Giant Eyeball. 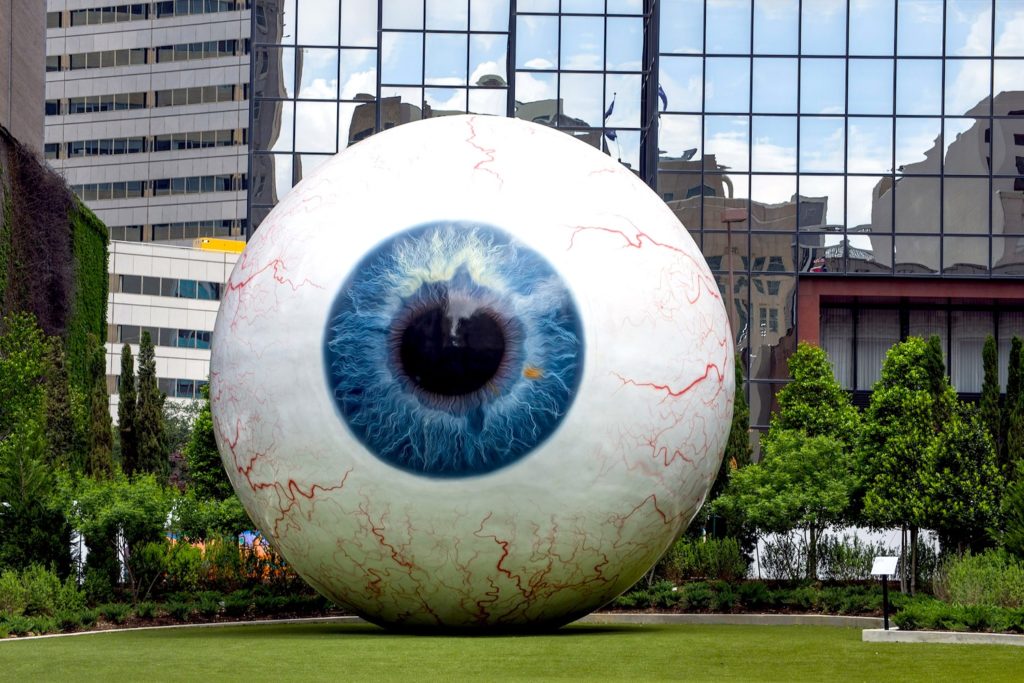 Thanksgiving Square is only a short walk away; head there to view the beautiful spiral stained glass windows on the ceiling in Thanksgiving Chapel and to listen as the fountains tumble and splash over stones throughout the Square.

Whether you’re looking to eat or hang out indoors, on a patio, on a roof, or simply go for a stroll, the Stone Street Gardens has everything you need: interesting architecture, great views of the skyscrapers, great happy hours, and nice spots for lunch with a friend or by yourself.

Come check out this little urban oasis in Downtown Dallas for yourself.